Bitcoin: The What, Who, Why, Where and How 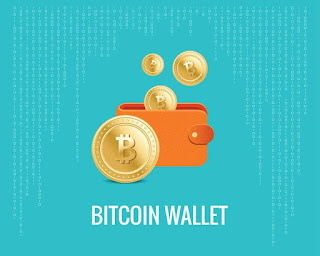 What is Bitcoin: Bitcoin is a kind of money. What makes money, money is money’s ability to exchange itself with a commodity or a particular service. Anything of value can do that. A laptop, an apple fruit, a paper with or without words in it can be used as money. Bitcoin does just that. Hence, Bitcoin can be given the same universal definition of money - that is, a medium of exchange for goods and services. But like I stated in my first sentence, it is a ‘kind’ of money.

Bitcoin is a kind of money or peer-to-peer payment system that is digitally created and handled through encryption techniques with transactions taking place without any intermediary. Transactions are confirmed though, by network nodes, documented in a public ledger which is called the Blockchain.

Who can use Bitcoin: Anybody can. No one has to be a computer guru to use the bitcoin currency.

When was bitcoin invented: Satoshi, in October 2008 published the paper detailing the bitcoin currency. January 2009, he released the first bitcoin software that started the network.

Why use bitcoin:
·        Transaction fees for bitcoin are nominal (check out https://jostpay.com), unlike credit card transactions.
·        No central bank can take it away from owner, as no central government has control.
·        No one can steal private information, as the platform requires none of it.
·        There can only be 21 million bitcoin in the world. That is, the number of bitcoin won’t surpass that. This tells us that, in the bitcoin world, inflation won’t come up, deflation is more likely.
·        From the above, we can say using bitcoin is cheap.
·        You can create your own money (We’ll talk about that in the How)

Where can you use bitcoin: Bitcoin can be used both online and offline. It can be spent on computers, pizza, event tickets, on anything.

How is bitcoin created: Bitcoin is created through an activity called mining. Mining is when new bitcoins are generated by a competitive and decentralized process. Individuals who engaged in this activity are rewarded by the network for their services. Bitcoin miners are managing transactions and securing the network using specialized hardware and are rewarded with new bitcoins in exchange.

How can I own a bitcoin: Now, you don’t have to be a miner to own a bitcoin. You can buy bitcoin from certified exchangers (check out https://instantexchangers.net) with your local currency. But first, you’ll then need to create a bitcoin wallet where you can safely store your digital money (check https://jostpay.com).

That’s it; you’re good to go on your bitcoin adventure.

Kindly use the share buttons and do follow us on social media for news and things that matter in the sphere. Thank you.