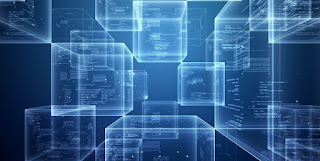 Understanding the Blockchain can be complicating; even for one that has been in the Bitcoin sphere for over 5 years, I tell you, it can puzzle. However, after a lot of reading, researching and patience, I will try to simplify the technology called Blockchain. Yeah, don’t mention.

Blockchain is the technology behind the Bitcoin phenomenon. The technology, however, can be behind a lot of transactions. Everyone who once fought it, is now embracing it.
Central banks, banks, insurers, tech companies are all trying to integrate the technology into their operations.

So what exactly is this Blockchain Technology and why is everyone jumping into it?
Blockchain, according to Wikipedia is a distributed database that maintains a continuously-growing list of records called blocks. Each block contains a timestamp and a link to a previous block. The data in a block cannot be altered retrospectively. Blockchains are an example of a distributed computing system with high byzantine fault tolerance.

We can just stop here… right?

See, what Blockchain does is to remove the third party you regularly depend on to make a transaction. In the current popular system, Peter can’t send monetary assets to Ibrahim without a bank or a money transfer merchant. Let’s kindly not get into how much these parties charge for a transaction. So with Blockchain, there is a direct transaction between sender and receiver.

In practice, the exchange is concealed using cryptography. The Blockchain, like we acquired from the Wikipedia definition, is a distributed database that maintains a continuously growing list of records called blocks. That’s telling us that every transaction is verified and recorded, recorded publicly on what have been termed a ‘digital ledger’. Everyone on the network can see every transaction, anonymity is not present, which I think is a major worry for financial institutions. But I am certain it can be worked at.

Now, having been in the digital currency sphere for a while, with Nigeria’s Premier Bitcoin Wallet Provider, Jostpay.com, I have gazed at the beauty of this technology up close and I continuously keep getting swept off my feet. Let’s understand that, in every transaction, value is what is being exchanged, not the paper/nylon nor is it the metal coloured in gold, ironically also called gold. The Blockchain can work for almost every type of transaction involving value.

The promise is massive; anyone with access to the internet would be able to use it to make transactions. It will enable migrants send money back home in countries where banking is difficult. That’s putting two billion people who don’t have enough money to justify a bank account on a platform that will enable them receive and send.

Everyone sees this promise. 14 of the top 30 Banks in the world are engaging in the Blockchain. Central banks, insurers, stock exchanges have publicly voiced enthusiasm for the benefits of Blockchain. The 1,000-Year-Old - The Royal Mint, UBS, Microsoft, IBM and PwC are all racing to adapt the technology into their operations.

Something is clear here for even a day old baby to see, the Blockchain will take over the world. It’s only a matter of light.